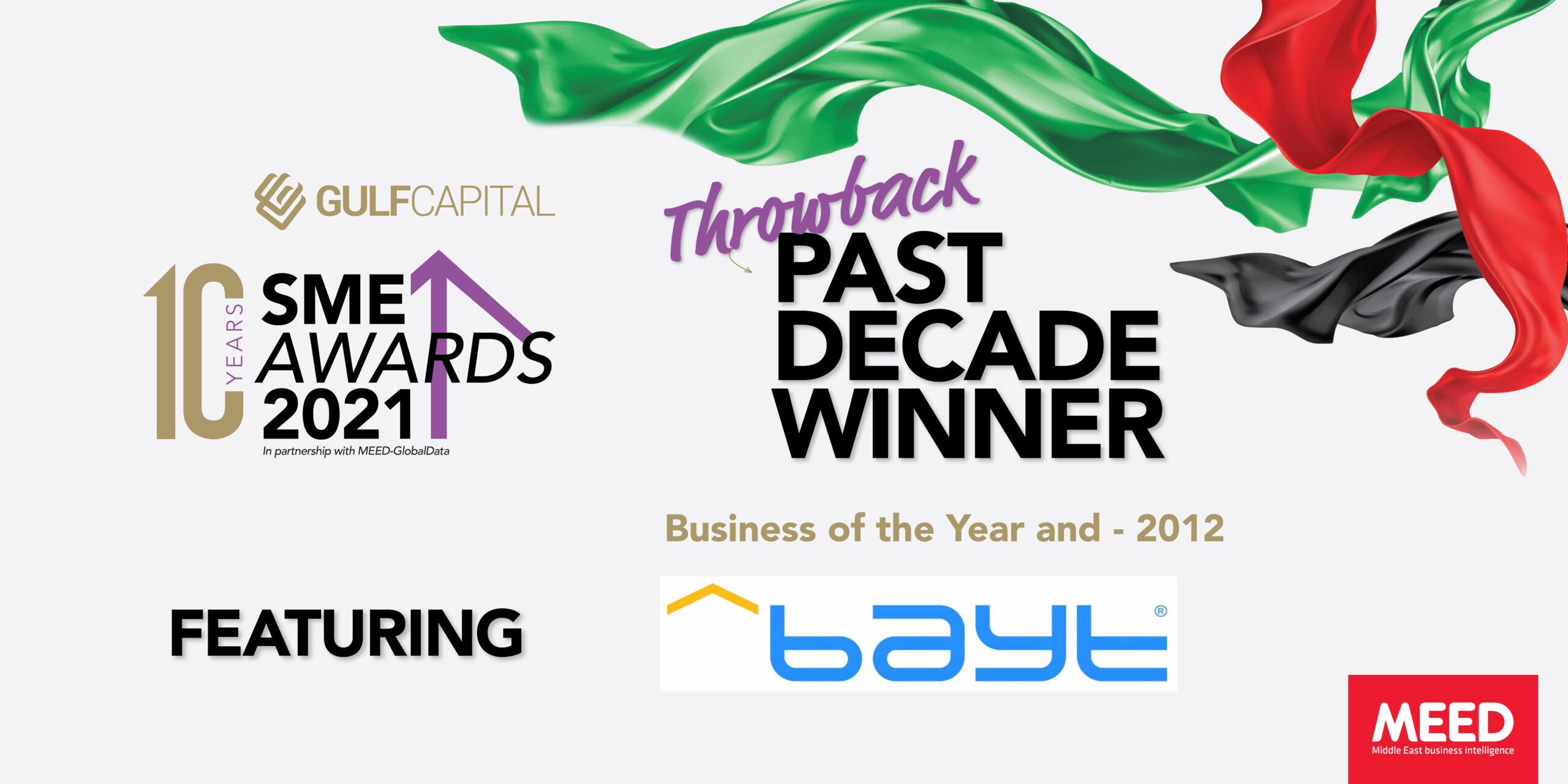 In the lead up to the Gulf Capital SME Awards 2021, MEED looks back on winners over the past decade, starting with 2012 Business of the Year Bayt.com

Online recruitment agency Bayt.com was named ‘Business of the Year’ at the Gulf Capital SME Awards 2012, in partnership with MEED. In their citation, the judges said “The company is remarkable in its efforts to empower people in the Middle East; and for its outstanding performance in the field of corporate culture and investment in human capital.”

Ten years on, the Dubai-headquartered firm has become a leading brand in the region, with over 39 million professionals and 40,000 organisations using Bayt.com's services, making it the largest marketplace for recruitment across the Middle East and North Africa.

At a time when every conceivable product and service is available online, the idea of a web-based recruitment agency seems obvious, but when Bayt.com was launched in 2000, the digital landscape looked very different.

The global tech bubble had just burst, and only 1 per cent of the region's population was online. Launching a digital product was not an easy task.

However, in October that same year, Dubai Internet City (DIC), a technology and innovation hub to promote the regional development of Internet and Communications Technology (ICT) companies was opened.

“This was very auspicious for us,” says Rabea Ataya, co-founder of Bayt.com. “Here was a country and leadership that was trying to do all they could to encourage the set up and success of tech businesses in the region.  Incorporation at DIC happened in record time and the support since then has been phenomenal.”

The entrepreneur said that while finding investment and attracting users was initially very challenging, scaling services across a legally fragmented region with a very novel technology proved to be the toughest challenge. But the company proved equal to the task and now operates multiple business lines in over 20 jurisdictions.

Ataya credits the success of the recruitment business to intense focus, dedication to values, relentlessness, and to its people.

When the company was established, the Stanford-educated executive faced a shortage of people with relevant industry experience. His solution was to recruit the best global talent available, then train local staff to ensure a sustainable workforce.

“Our Bayt alumni have gone on to achieve great things and are integral part of the success of the region's technology ecosystem,” he says.

This dedication to upskilling the region’s workforce was recognized in 2012 when Bayt.com, in addition to being named ‘Business of the Year’, also received the ‘People & Culture of the Year’ award for its outstanding performance in the field of corporate culture and the investment in human capital.

“The move from traditional to digital processes is imperative for businesses at the moment, and one of the biggest challenges is recruiting a skilled workforce to enable the transition,” says Dr Karim El Solh, Co-founder and CEO of UAE-based alternative asset management firm Gulf Capital. “Bayt.com identified this problem at the early stages of the digital transformation and been at the leading edge of addressing the challenge for over two decades.”

On the way to becoming the longest-running internet-based business in the Middle East, Ataya says that the win at the 2012 Gulf Capital SME Awards was a great acknowledgement of the work they were doing and affirmation that Bayt.com was on the right track.

On 24 November 2021, the Gulf Capital SME AWARDS 2021 in partnership with MEED will recognise and celebrate the best small and medium sized enterprises (SMEs) in the UAE. The programme has attracted 1,922 total entries from 1,209 participating companies​, and has recognised 553 finalists​ and 350 winners​ across 17 categories​ with one unifying purpose – to accelerate and enable innovation in the economy’s most vital sector.